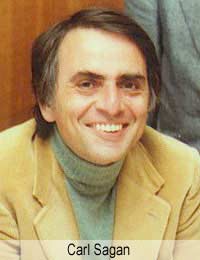 The late Carl Sagan famously described our planet as a “pale blue dot” after seeing the photograph that NASA’s Voyager 1 took of Earth as it finally left the solar system forever and headed off into space. Even from a distance of 4 billion miles it’s pretty clear that ours is a watery world; a little over 70 per cent of the surface is covered in water – 97 per cent of which is in the form of oceans and seas. Only three per cent is freshwater and of that, two thirds is locked up in permanent ice, leaving only one per cent of the 1.36 billion cubic kilometres (326 million cubic miles) of water on the planet actually available as liquid freshwater.

It may only be a tiny fraction of all the world’s water, but it’s still a staggeringly large amount, all the same – one cubic kilometre is around 20 million times more water than the average person in the UK uses in a year. That said, for many countries, water is becoming an increasingly scarce resource and already around a third of the global population – more than 2 billion people – live in “water-stressed” areas.

Water is the original recycled material, individual molecules of this essential commodity endlessly travelling a circuit that involves seas, clouds, soils and rivers. It’s a familiar concept that we all learnt at school, but it’s only when you start to put a few numbers into the picture that you can get a feel for the enormity of the whole thing and really understand the natural water cycle.

A Question of Balance

Clearly, at any one time the atmosphere holds far more water vapour than this and it’s not necessarily the same molecules that evaporate which fall as rain a few hours later – it’s a question of balance. Over the course of a day, the net amount leaving the oceans is equalled by the net amount returning to them. It’s obvious if you think about it; if that didn’t happen, the sea level would drop and shorelines would be getting bigger all over the world!

Transpiration – The Pull of Plants

That particular version of the “hydrological” cycle is, of course, very simple and consists of only six steps. In reality, the natural water system is a considerably more complex process which, according to experts at the Geological Survey, comprises 16 separate, but inter-linked components – and plant transpiration is one of the most important of them.

This is probably best described as the release of water vapour from leaves. Simple though the idea is, it plays a major part in the contribution biological factors make to the overall cycle.

Water is drawn up through the roots from the soil and passes out of small pores chiefly on the undersides of the leaves, evaporating into the atmosphere. It has been calculated that this single process accounts for around 10 per cent of the moisture in the air at any one time – though the transpiration of any given plant depends on a range of external factors. Transpiration increases, for example, when the weather is warmer, which usually coincides with the growing season when plants themselves need the most water – but if the amount of moisture in the soil drops, plants transpire less. Windy conditions tend to cause greater transpiration, while increased humidity will reduce it and, of course, it all depends on the type of plant itself. Cacti transpire very little indeed, for obvious reasons, while a large oak tree may release 150 cubic metres of water a year – about enough to meet the needs of a British three-person household!

Although we have known about the water cycle for thousands of years, even now it is not completely understood. If all goes well, however, NASA’s forthcoming Aquarius mission, due to join the currently orbiting Aqua satellite may be about to change all that, and throw some light on the complexities of global water movements. Once their massive array of state-of-the-art sensors have done their work to investigate ocean salinity, evaporation, clouds, precipitation, soil moisture, ice and snow, in the next few years we may all start to understand the water cycle a lot more clearly.