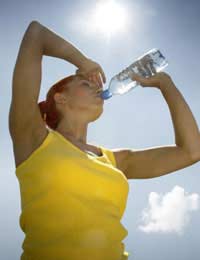 When the place you call home is one of the most drought-prone countries in the world – and predicted to get even drier – you inevitably tend to look on water rather differently from the way most of us do in Britain. As a result, that sometimes means that in the quest to ensure adequate supplies, you have to consider some novel ways of doing it. That was certainly the case in South East Queensland, when a protracted record drought in the region threatened the long-term water supply – and the outcome was the Western Corridor Water Recycling Scheme.

Completed at the end of 2008, this ambitious, award-winning project, has significantly cut the region’s dependency on its traditional sources, which are highly vulnerable to climate change, by providing purified, recycled water for industry, agriculture and even indirectly for drinking. Achieving this goal called for the construction of three new advanced water treatment plants, along with nine pumping stations, eight massive storage tanks and over 125 miles of large diameter pipeline to carry the recycled water they produce.

It was a massive undertaking, and forms a major part of Australia’s largest-ever urban drought initiative, with the capacity to supply over 50 million gallons of reclaimed water – enough to fill 90 Olympic-sized swimming pools – every day.

How Does it Work?

The idea behind the project is very simple. Instead of simply discharging wastewater which has already been through a clean-up process at a conventional sewage treatment plant, the advanced treatment plants take it, and clean it further, to produce water which is good enough to be reused straight away.

There are three main steps in the process, involving some state-of-the-art technology. When the wastewater arrives at the new plants, it is first filtered through a series of hollow fibres, which form a micro-sieve with holes one-ten-thousandth of a millimetre in diameter to remove particles, microbes and even some viruses from the water as it passes through.

Step two involves a technique known as reverse osmosis, which is another form of extreme micro-filtration, but this time with holes a thousand times smaller still, to remove dissolved chemicals and any viruses that have made it thus far. At the Bundamba plant, which was judged to be “water project of the year 2008” by Global Water Intelligence, these units are some of the largest available in the world – the aptly named MegaMagnums – and boast an impressive recovery rate of around 85 per cent.

Finally, UV-light is used to sterilise the water, in much the same way as it helps to keep garden ponds clean, although it’s a little stronger – in this case around 300 times more intense than natural sunlight! A dose of hydrogen peroxide is added to make sure no unwanted or unpleasant chemicals remain, then it is treated with lime and carbon dioxide to put a little hardness into the water and lastly, chlorine is added to disinfect it before it is pumped to the storage tanks.To ensure that the recycled water poses no risk to health it has to meet strict standards of cleanliness, so it is routinely tested for the presence of over 200 different chemicals, bacteria and viruses, both at each plant itself and also by external independent laboratories.

Some 2.8 million people currently live in south-east Queensland and by 2050, the population is forecast to more than double, which will place an enormous burden on the region’s already stretched water resources. By taking this bold step now, the Queensland authorities hope to begin to reduce their dependency on supplies that are so much at the mercy of the area’s often dry and harsh climate, and safeguard the future for everyone.

If all goes according to plan, the Western Corridor Scheme will pave the way for perhaps as much as a third of the area’s water coming from recycled sources and desalination by the middle of the century. Already three major power stations – Swanbank, Tarong and Tarong North – receive their water from the project’s advanced treatment plants and provision is being made to top up the reservoir at Wivenhoe Dam, which supplies the bulk of the local drinking water, when necessary.

With 35 per cent of Queensland officially suffering a drought in the summer of 2009-2010, the advantages of recycling water are becoming clearer by the day.