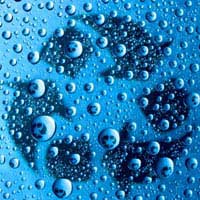 With hosepipe bans and water shortages – despite all the floods of recent years – becoming an increasingly commonplace part of our lives, many people are understandably concerned about safeguarding supplies and trying to conserve this important natural resource. Something feels very wrong about using pristine drinking water for washing the car or watering the garden, particularly when so many people around the world – about 1 billion at the last estimate – have no access at all to a clean supply. For a growing number of us in water-rich Britain, just pulling the plug and letting all that water run to waste is beginning to niggle our social consciences and with the continued roll-out of metering, we’re also realising that it’s costing us too.

Grey water is the name given to the used water from baths, showers, wash basins and washing machines, and it typically contains a range of chemicals, such as detergents or soap along with other contaminants including the likes of grease, hairs and bacteria. It all depends on what you’ve been washing, of course, but generally the levels of contamination are quite light, especially in the case of bath and shower water. Although the nature of grey water means that it’s difficult to store for too long, it is a very good candidate for reuse, if a suitable secondary use is standing by – and consequently, garden irrigation is probably the most common purpose to which it is put.

Although there are some wonderfully sophisticated systems around which can re-route grey water for uses such as toilet flushing – another major use of clean drinking water in the average home – the beauty of using it in the garden is the sheer simplicity involved. All it takes to get started is a few buckets; recycling equipment seldom comes much cheaper than this!

If, however, you want to go a little beyond carrying buckets from bath to back garden, then for a modest outlay of around £20 or £30, there are siphon pumps on the market specifically designed for the job. Add a standard hosepipe, squeeze the handle a couple of times to prime the siphon and you’re off – your bath will now be effortlessly emptied in just a few minutes, without all that running up and down stairs and water spilled along the way. They are also permitted during hosepipe bans, which for many of us now seem to be becoming a regular feature of the summer.

Going still further, and costing about 10 times as much as the siphon arrangement, there are systems appearing now which can collect and filter your grey water, conditioning it to a very high standard for garden use by removing much of the soap and bacteria that it contains. Whatever level of sophistication or expense appeals, it seems there’s something to suit.

Grey water is safe to use provided you follow a few simple – and rather obvious – precautions. It is always a good idea to make sure that you direct it onto the soil around plant roots, rather than the foliage – particularly if you’re watering something that will have its leaves eaten, such as lettuce or cabbage. For one thing it avoids any possibility of any residual chemicals harming the leaf directly, or adding bacteria where you least want them, but perhaps the most important thing is that it allows the natural soil microbes to get to work breaking down these impurities very quickly. The other main point to bear in mind is that unless you have a properly designed system, grey water cannot really be stored for any length of time – so use it fairly quickly.

Grey water quality inevitably depends on what went into it to start with – so there are some things which you can do to improve its usefulness. For most small-scale domestic situations, there’s no need to go in for anything too elaborate in the way of treatment. Adding a simple filter or even fitting a mesh guard to your plughole will help keep out much of the hair and other particles which can be a nuisance, while using biodegradable or natural cleaners will reduce the chemical content in the water.

It’s hard to find a quicker, easier or more inexpensive way to get started doing your bit, so whether you’re principally driven to conserve water by environmental, ethical or economic motives – or a mixture of all three – grey water recycling could just be the answer.