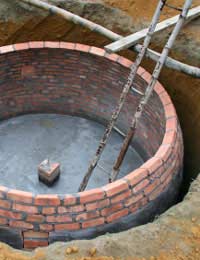 Power from poo – it’s an interesting, if slightly unsavoury, thought, and the water industry has been making it a reality for decades on a fairly small scale, principally using the energy harvested to meet on-site demand at the sewage treatment works themselves. Now, a major new initiative at two of Dwr Cymru / Welsh Water’s treatment plants has taken the idea much, much further, and installed the capacity to generate some 6MW of renewable electricity.

With the water industry as a whole under ever-growing pressure to improve water quality, while simultaneously slashing its carbon footprint, any approach that can help achieve both in the same package has a very obvious attraction. As this recently completed £65 million project at the Cardiff and Afan facilities demonstrates, with a well designed approach, it is possible to pull off that difficult balancing act between energy production and environmental protection.

At the heart of the initiative lies a new and innovative approach to sludge treatment, making use of a process known as thermal hydrolysis which has been developed by the leading Dutch company Imtech. This involves first heating the sewage sludge to 170o C to pasteurise it, before it then enters an advanced bio-digestion system, where it undergoes a process known as anaerobic digestion.

As mentioned earlier, there is nothing new about using anaerobic digestion to produce biogas to power treatment plants, but what makes this project notably different is the volume of gas that it can achieve – getting close to the maximum theoretical yield for the process. That, of course, means that the greatest possible recovery of the energy potential contained in the sludge biomass is achieved, which was among the main original drivers behind the whole project. It all adds up to one of the most efficient examples of biogas production in the UK, and quite possibly the whole world.

Having produced an abundant supply of methane-rich gas, the next step is to turn it into electricity, and for that, the project calls on five state-of-the-art combined heat and power cogeneration units, each one rated at 1.4MW to provide its own mini power station. The end result is around 40 megawatt hours a day (MWh/d) of power, which not only enables the treatment plants themselves to be self-sufficient in terms of energy, but also provides a significant surplus of green electricity which is fed into the grid.

In addition, between this and the fact that the new plant allows the old energy-intensive sludge drying system to be taken out of service, the water company’s carbon footprint has been cut by an estimated 15 per cent per year too – that’s a staggering 35,000 tonnes of CO2 equivalent! It is small wonder, then, that it has been nominated for ‘Carbon Reduction Initiative of the Year’ at the Water Industry Achievement Awards 2011.

Aside of the successes in energy production and carbon reduction, the plants remain facilities for treating sewage, and the project has provided the capacity to deal with over 24,000 tonnes of dry solids annually, which is around 30 per cent of the total amount produced in Wales each year. Once this has been treated and de-watered, the pathogen-free product is destined to be distributed across South Wales, where it will be put to good use as an agricultural fertiliser and soil conditioner, forming the final link in the chain of the project’s aim to improve regional sustainability.

Historically, single solutions which improve wastewater treatment, provide an effective way to recycle waste products and generate renewable energy on this kind of scale have been rather rare. With the evident success of initiatives like this one, and the announcement of a similar scheme to become operational at Howden in the north-east of England by September 2012, they seem set to become much more common in the future.

There’s one thing for sure – nobody can argue that sewage isn’t a renewable source of energy!