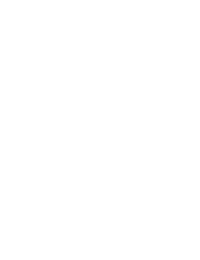 Eat more than you need, and your body soon begins to stockpile the excess in a range of new unwanted curves; strange though it may sound, many kinds of bacteria behave in a similar sort of way, though their chosen storage material could prove to be a good deal more useful.

“Plastic, to these bacteria, is like fat,” explains biochemical engineer David Thompson, one of the team behind the project. It seems if you over-feed these bugs on simple carbon-containing materials, such as alcohol or sugar, they’ll do a little fermentation to get the energy they need and then build the surplus into long chains – polymers – that they’ll keep as a reserve for times when food is less abundant, and many of the polymers they make are a type of plastic!

Now, the invention of a innovative approach using bacteria to recycle wastewater into these substances – known to chemists as polyhydroxyalkanoates, and abbreviated to PHAs for obvious reasons – could open the way for a whole new range of cheap, biodegradable plastics.

The idea of using bacteria to make plastic isn’t a new one. Although it’s been around for years, the real stumbling block has always been the cost of doing it – in environmental terms as much as money. Until this ground-breaking research, it had been calculated that producing plastics by a bacterial route was as much as 10 times more expensive than making them conventionally from refined crude oil, and the process demanded significantly more energy and water.

The breakthrough came when Professors Michael Wolcott and Frank Loge got together with Thompson and pooled their respective know-how, coming up with a cheap, clean and highly energy-efficient way to make plastic.

They came up with two shortcuts which made it possible to slash 80 per cent of the cost of producing PHA, and potentially allow bacterial plastic production to become a real commercial possibility for the first time ever. Firstly, instead of using expensive refined sugar to feed to their bacteria – which other attempts had done – they came up with the idea of using freely available municipal and industrial wastewaters, which contained all the carbon they needed. Then secondly, they realised that if they could avoid the need to use the plastic without having to remove it from the bacteria themselves, they could side-step the expense involved in this part of the process too.

Working in partnership with a number of commercial companies, they tested their idea, which came with the welcome additional bonus of helping to treat the wastewater along the way. Best of all, with over 300 species capable of making plastic, they didn’t even have to work hard to find the right bacteria for the job – the wastewaters they used naturally held more than enough candidates already.

Once the resident bugs had eaten enough and produced sufficient plastic to double their original body weight, they were killed, dried and then mixed with sawdust to be moulded into composite boards.

Conventional wood/plastic boards of this type are a half and half mix. After a little trial and error, the team came up with a recipe of equal parts bacterially-made PHA, sawdust and dead bacteria, with the heating and pressure of the moulding process making some of the material of the bacterial cells become the glue that held everything together. Most impressive of all, is the fact that the bacterial boards match the physical properties of the traditionally made wood/plastic ones almost exactly.

It is, of course, early days for this revolutionary new approach and there will be a lot more research to be done before the new plastic will be made in large enough quantities to be a serious competitor in the market, but when it is, the environmental benefit could be huge. The team has calculated that if their product could replace just half of the wood/plastic composite materials being used in America’s construction industry by 2020, it would be the energy equivalent of saving more than 2 million tonnes of coal per year – not to mention the reduction in emissions.

Now that’s a pretty impressive prospect for plastic brewed by bugs from wastewater!