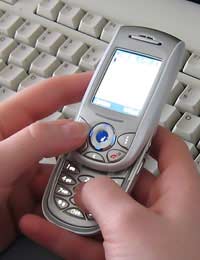 Today's mobile phones are designed to last for around 10 years – but mobiles are one of the most popular personal items of the decade and sadly, many people upgrade to a newer or better model every 12-18 months.

So, can you imagine how many old, broken and unwanted mobile phones are sitting unused in houses across the UK?

The answer varies according to which survey you rely on – but it’s estimated that we are currently hoarding a staggering 50-80 million.

Latest figures suggest that more than 70 million more mobiles are also currently in use – which must mean that quite a lot of people rely on more than one phone.

The Importance of Recycling

Old, broken or unwanted mobile phones are sent to landfill sites every day and they will lie there for hundreds of years before they start to degrade.

Conservationists are worried about the potentially hazardous chemicals found in mobiles such as:

When dumped in landfill, these chemicals eventually leak into the soil and can pollute groundwater used for plants and animals. In some cases, they could even contaminate drinking water and crops.

‘Refurbishing’ a mobile phone uses a lot less energy than producing new mobile phones – so next time you have an uncontrollable urge to update your phone, consider buying a refurbished one.

Mobiles contain minerals such as coltan which is taken from the deep forests of the Congo in Central Africa and by recycling your phone, you will be helping to reduce the amount of this much-wanted mineral being extracted.

The forests are also home to the endangered lowland gorilla and the coltan mining business has led to a huge reduction in habitat and increased slaughter for the illegal bush-meat trade.

Many mobile phone recycling companies will donate cash to rainforest conservation or organisations working for endangered animals and a measly 68 recycled mobile phones will help to protect a whole acre of endangered rainforest!

Your discarded mobile phone could be put to great use to:

But if you’re short of cash, it could also earn you some money. There are countless UK internet sites popping up to help you recycle your unwanted mobile phone in return for a cash payment.

You can enter the details of your mobile and find out its value, then send it off to a freepost address and wait for your payment.

If you don't need the money and would prefer your mobile to benefit a specific charity there are sites which will donate the payment to worthy causes, such as

You may take for granted being able to upgrade your phone whenever you like, but some people such as OAPs and penny-saving students are not in the same position and might be really pleased to get your used phone.

So before sending it off for recycling, why not ask around to see if someone you know would like it? Just get them to promise that it will be recycled once they’re finished with it and everybody wins!

Many schools and youth organisations are now setting up recycling campaigns to raise money and are asking parents, teachers and relatives to donate their old phones.

Depending on the chosen recycling company it’s possible for schools to raise around £300 for every 200 mobile phones collected!

(Alternatively, some companies offer schools the chance to preserve the tropical rainforest with the phones collected – and your old mobile could be their first!)

Finally, however you decide to dispose of your phone, try to keep it for a reasonable length of time before upgrading – and when you choose a new model, look for one with good green credentials.