Facts and Trivia About Waste 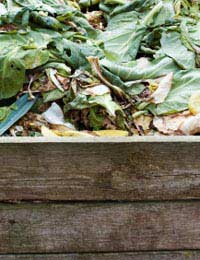 Not so very long ago, waste was a distinctly un-cool subject, something that no one really wanted to talk about – at least, not in public. How times change! Today, recycling, waste reduction and composting are everyday topics and just about everyone’s got themselves interested. So, in preparation for the next time you get involved in conversation – or sign yourself up for that “waste-aware” pub quiz – here’s one or two quick facts that you might find interesting along with a few funnies to raise a smile.

We’re all so used to talking about waste and recycling these days, but for the most part we tend to think about it in terms of our own bins and what we do every week. Take a look at the bigger picture, however, and, as the following bits of trivia illustrate, that picture is very big indeed!

The great British summer; the sounds of lawnmowers and the sizzle of barbecues – but that all adds up to a sizeable amount of green waste that needs to be dealt with somehow. The good news is, however, that it looks as if we’re doing alright; well, at least mostly.

Saving energy isn’t just about changing light-bulbs and switching things off standby; how well we live up to the “reduce, reuse, recycle” mantra also has big implications for how much energy we use as a nation – and more to the point, how much we waste.

So what about the materials we throw away? All those cans, bottles and bits of paper certainly mount up, once you start counting them!

Finally, a quick-fire listing of the sort of snippet that leaves you wondering just who works this kind of thing out, how do they know – and haven’t they got a real job to go to?You just couldn’t make this stuff up!

One thing’s for sure, the topic of waste is well and truly out in the open – and there’s plenty to talk about.