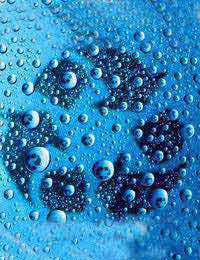 Few things lend themselves to being recycled quite so easily as water and given the growing pressures on available supplies across the world, there’s never been a better time for thinking about ways to do it.

Reed beds are quite literally one of the greenest methods available and best of all, they’re suitable for cleaning up everything from the wastewater from a single dwelling to some quite serious industrial effluents and making it ready for reuse. All this and they provide a good habitat for a huge range of wildlife species into the bargain.

Sounds too good to be true? Well, for once, it isn’t!

How Does it Work?

The whole thing makes use of one particular ability that some kinds of aquatic plants have – the ability to transfer significant quantities of oxygen down into their roots. From there it diffuses out into the surrounding mud and the net result is that the area – known as the root zone – is considerably better aerated than it otherwise would have been. Reeds, for example, are particularly good at it, allowing up to 60 per cent of the oxygen pumped down to seep out into the ground. In itself, oxygenating the mud doesn’t achieve that much – at least not in terms of helping clean up water – but what it does do is allow the natural bacteria and microbes present in the ooze to multiply into a far bigger resident population. With plenty of oxygen now available to them, the next thing they need to grow is, clearly, a good supply of food and that of course is where the “dirty” water comes in.

Many kinds of wastewater, from straightforward sewage to industrial effluents, contain varying amounts of organic chemicals. The bacteria break down these substances, releasing minerals which the reeds take up and use to grow themselves. More reed growth means more oxygen gets pumped down to the root zone, supporting more bacteria and allowing more water to be cleaned, which means more plant nutrients are released – and so on. It is a simple, elegant and undeniably green solution to the problem.

The easiest way to think of it is as a sort of garden pond with little or no water in it. The reeds are usually planted in a lined ditch, filled with soil, usually dug to have a gentle incline running along it to allow the water to gradually percolate from one end to the other.

After a suitable period for the reeds to become properly established – which can be as much as three or four years – the new bed is ready to receive water for treatment. It enters at one end, seeping into the soil and then travels downhill, slowly flowing through the root zone, where the resident group of micro-organisms remove the organic material from it. By the time the water reaches the end of the reed bed, it should be cleaned and ready for discharge or suitable reuse.

The trick to the system is sizing the bed itself correctly and matching the speed of flow to the nature and volume of the wastewater it needs to treat – which is obviously something best left to the experts. Fortunately, with interest in the whole reed bed idea growing, there’s no shortage of companies around to help you get the system you need.

The results from such a simple and under-engineered approach are staggering, with better than 95 per cent removal for a wide range of different kinds of unwanted organics being routinely achieved. Although it’s important to manage and care for reed beds properly to get the best out of them, there’s really no questioning their efficacy – something borne out by a growing number of high-profile users. As a slightly remote facility located some distance from conventional sewage treatment plants, the Skara Brae visitor centre on Orkney is a perfect example, but even the water companies themselves are warmly embracing the approach. Perhaps the clearest proof of their real effectiveness, however, lies on the old ICI site in Billingham, where a reed bed has been successfully cleaning up the effluent from a methylmethacrylate plant for decades.

After all, if reed beds can deal with “nasties” such as the likes of phenol, methanol, amines, chlorinated hydrocarbons and acetone, and still produce water clean enough to recycle into the River Tees, there’s not much doubt that they work!

Understanding the Natural Water Cycle
Share Your Story, Join the Discussion or Seek Advice..
Rather than establishing plants in a trench for years (which may ultimately not be up to the job), why not dig reeds into and next to the water course itself -- provided it's a suitably small one? If they can flourish there, they will, and they'll increase. If not (eg, climate too warm/cold for that particular species of reed) then they'll die off, and you'll be able to move on to plan B in months, not years. Where can I find a list of suitable reed species, their requirements (eg climate) and where can I buy them?
Nicholas Barnett - 27-May-15 @ 2:19 PM
Title:
(never shown)
Firstname:
(never shown)
Surname:
(never shown)
Email:
(never shown)
Nickname:
(shown)
Comment:
Validate: